Over the pandemic, I have been working to find a more natural way to write online. I have always been grateful for everyone who follows what I write. It amazed me when I had my first 200 followers, and I am humbled that I can independently publish articles that reach thousands of people.

Since 2020, I've been working a lot with video for my courses. I'm fortunate to have great collaborators who are driving our fieldwork, but with travel on hold I've been keeping research going in my lab with 3D methods.

I have enjoyed engaging with these new methods. Still, all this new work has created some friction with blogging—so much that I put my writing on pause. I've been needing to try something new.

I've been writing online for almost twenty years, so you might think I'd have it down by now. But the world has changed for every writer, from journalists and novelists to scientists like me. Writers are connecting with readers in new ways. More and more, people are choosing to pay creators directly for new work instead of subsidizing magazines or newspapers.

One system that is getting a lot of attention is Substack. The company was founded in 2017 and found a niche by combining a content management system, e-mail distribution service, and payment system into an easy-to-use package.

Thousands of writers have started Substack newsletters, including some with followings of hundreds of thousands of readers. Most have a mix of free and paid content. Many of them combine their newsletter with a podcast or other media.

Newsletters aren't new. For years, many people relied on Google Reader to follow blogs. The tool could deliver updates to people's inboxes, or combine several feeds into a single digest for easy offline reading. When Google shut Reader down, it was a big loss for many people. Making reading harder actually helped Google, which doesn't make money unless it can place ads in the content. Social media like Facebook and Twitter have also profited from a system that ultimately hurts readers and makes it harder to find accurate information. The new trend toward newsletters is a result of authors trying to find ways to directly connect with readers outside the social media morass.

I've been thinking for a while about how best to write better, more enduring articles. As fun as it has been to write ideas and reactions to new discoveries, the vast majority of my shorter posts fall gradually out of date. For several years I've written occasional longer-form articles on Medium. Pieces that I wrote for a broader audience haven't always matched well with the specialist-driven mix of deep-dive, technical posts and shorter, more casual pieces on my blog. Medium has provided a way to share articles with new audiences, but it doesn't replace having my own website.

So in 2019 I started looking for a better solution for my ongoing writing, that would enable me to match long-form and video. I considered archiving the blog and starting fresh with a new system—even a new name.

A close look at my needs

Substack looked appealing as a possible solution. I created a new Substack site and started experimenting. Some aspects were very natural. Substack has a great editor for writing. It has a built-in commenting system that can be tailored to members-only. Many readers are already familiar and comfortable with subscribing to writers on the site. And Substack Reader, still in beta, has revived some of the appeal of the old Google Reader for following multiple feeds.

But as I evaluated my needs, I found that Substack didn't fit as well as I hoped. I did a full traffic analysis of my site, to see what parts of my existing blog were working well and which parts were weaker. I already knew that the articles that I have written for students and a broader public were generating reliable interest. Tens of thousands of people were finding some pages every year.

I'm not so concerned with traffic for its own sake, since I don't sell advertising space. But my analysis was telling me something that my gut had known for a long time. Even during a lull when I was writing very little, my site is providing information of continuing value, and people are finding it year after year by searching the web.

I started my blog in 2004 at a time when the content management software that runs a blog was one of the best ways to organize information. It still is. I began writing with the idea that I would record my notes for myself and students. Many other people quickly began following. What made the process sustainable is that it enabled me to find my own notes long after I wrote them.

I often have had the chance to write timely articles that address new research. Putting new discoveries into context is one of my favorite things to do. What I've learned is that synthetic articles that explain discoveries and their background have enduring value.

Many people have discussed how challenging it is for readers to discover new writers on Substack. Writers with a following there are mostly writers who brought their own following with them. I have a large readership already, so I'm not really worried about new readers discovering my work. If they're searching for human origins, they'll find me.

But I realized that I needed a site design that would enable new readers—and myself—to find useful information, no matter when I had written it. Another thing: After more than twenty years of hacking websites, I wasn't eager to have my work look like every other writer.  So the design should be distinctive, so people would recognize the site as mine.

Those requirements meant that Substack was a bad fit for what I wanted to do. It lacks an effective tagging function, its navigation is limited, and every landing page offers the stark choice of "Subscribe" or "Let me see it first".

Still in some ways Substack offered new and exciting possibilities. I was especially keen to find a way to integrate e-mail for readers who want it. Memberships seemed like a great way to enable readers to follow the site, and I like the potential of enabling paid memberships in the future.

When I put all these elements together, they led me to Ghost. It combines the CMS, e-mail, and memberships in a very similar way as Substack. It even uses the same system for payments, Stripe.

So what's the difference? As an open access system, Ghost is endlessly customizable to fit my needs. That enabled me build a professional website with a distinctive look and clear navigation. It also let me have a homepage with a friendly call to action. I'm sure I'll be continuing to tweak the look and feel of the site, but it's already more usable than my old site.

I'm sure there are many people who have tested both Ghost and Substack for their sites. The truth is that the writing experience is very similar between the two. Where they differ is a tradeoff between investment of effort and flexibility.

I picked up Ghost and got going during the 14-day trial, and after that time I liked it enough to commit to the move. I had tested Substack off and on for more than year after creating a private site. That time was what it took for me to work through what was important to me. I will say that the decision with Ghost—do I want to step up and pay for this, or not?—helped me think more concretely about the advantages and drawbacks, and ultimately commit.

Both these systems have good editors. With both, you can edit the same post on different devices, and drafts will auto-save. With both you face the limitations of editing in a browser. Both provide a basic subset of HTML options, with a fixed toolbar in Substack and a floating one in Ghost. Ghost has a wider range of embed options, as well as the option to input custom HTML.

Configuring Ghost is a lot like Wordpress or other tools, with dedicated configuration pages and many options, some nonintuitive. Substack is vastly simpler. It is the tool for writers who do not want to call on their inner webmaster all the time.

Substack has extremely limited options for customization. You can choose from three homepage layouts, a feature color, and from a list of five fonts for headlines and text. The Ghost server software allows you to customize anything with a Liquid-based templating language and CSS. However most people will want to work with a theme that someone else has written. I purchased a theme from a third-party designer and customized it with several coding changes and Webkit fonts.

Hosting is free of charge from Substack as long as membership is free. For paid membership, Substack charges 10% of subscription fees. I chose hosting from Ghost(Pro), which has fixed monthly or annual rates. Whether one of the other will work better for you depends on the type of site and the number of free and paid members.

I have never had memberships before, and so the Substack model was very appealing to me initially because it is easy to start for free, and paid sites never see a bill. But that's a lot like tax withholding—you don't think about the money that you paid, because it never came into your back account. In the end, I was more comfortable paying for the Ghost(Pro) service and thinking about providing the highest quality experience for readers. I think that readers will value the site.

A transition to a new platform for my words and video

The look and feel of the site is changing, with a new emphasis on subscriptions and connections. 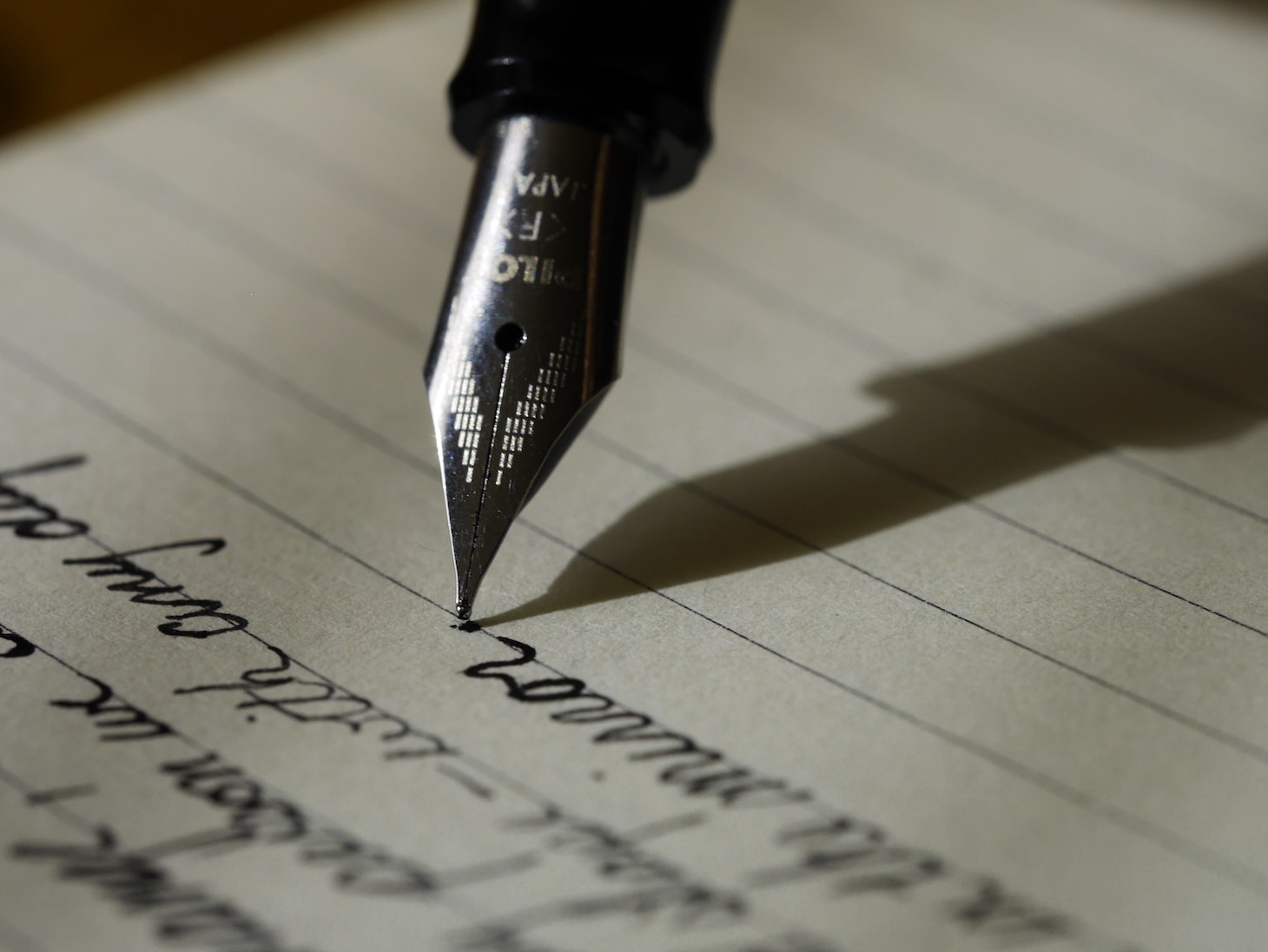