There are many stories from my travels last summer that I haven’t yet told here. I’ve been thinking that I need to get them written down, so that I’ll have more time to write about my upcoming travel this summer. I have copious notes about the time in Denisova itself, and I’ll be returning to those. In the meantime I’d like to share some other experiences. Here I want to turn to the subject of kurgans.

I went to the Altai for the Paleolithic, because Neandertals and Denisovans lived in the area for tens of thousands of years. But the area is even better known for much later remains, from the Neolithic and Bronze Age up to the Iron Age. A succession of ancient cultures lived in this region, at the crossroads of China, the Tibetan Plateau, Mongolia, and the Russian and Kazakh steppes. Most of the prehistoric peoples of the Altai were pastoralists, nomads who depended on herding cattle, sheep, and horses. Keeping their wealth and food sources on the hoof instead of in the ground, they moved between summer and winter foraging grounds for their herds. They also relied heavily on hunting the rich game in the region, notably red deer.

Denisova Cave itself was used by these early herders. People kept sheep fenced in the cave, every so often burning the accumulated manure and bedding and imperfectly sweeping the ashes. The topmost levels of the archaeological deposits are densely stratified layers of burned ash and debris, left across thousands of years.

Many Altayan people today live in towns, made of Russian-style wood houses. The economy is still heavily based on cattle, and additionally there are large red deer operations. Horses are even today a large part of the culture, and every town seems to have its stadium for the local equivalent of polo. People of traditional Altayan ancestry are a minority even in the Altai Republic, with other nationalities and ethnic Russians making up more than half the population. Altayan houses in the towns are quite distinctive because many of them have a round “summer house” next to them. These mirror the portable yurts that were the traditional summer domiciles of the Altai peoples, giving them a chance to get out of their winter houses and sleep beneath a round roof during the warmer part of the year.

Among the earliest cattle herders in the area were people of the Afanasievo culture. These people moved into the Altai area around 4800 years ago and persisted for nearly 1000 years. They lived before metallurgy really became very common in this area, although metal objects are sometimes found in their graves. Like other nomads, their residence sites were relatively ephemeral and their burial sites give us essential information not only about their social lives but also about their economy and subsistence practices.

Mound-like burial sites in this part of the world are called kurgans, and often involve both stones and earthwork. Some Afanasievo kurgans are quite distinctive, with a round circle of upright, flat stones. Sometimes these are tall, like the petals of a rocky sunflower. Sometimes, they are barely higher than the mound within, almost forming a curb around its edge.

I’ve driven through a lot of Kansas cattle pasture, and the texture of the land here was familiar. Here in Wisconsin, we have some extensive Mississipian and earlier moundworks, but many have been plowed and often destroyed, after less than a thousand years. In the Altai, running across 4000-year-old stone formations, basically undisturbed on the pasture surface—that was pretty cool.

Of course, “undisturbed” is a relative concept. Most of the kurgans have undergone some amount of grave-robbing. For the elaborate later mounds, the plundering often really changed their profile. The Afanasievo kurgans, with their relatively flat shape and haphazard stone paving, don’t make disruptions quite as evident.

By far the more famous kurgan-building people were carriers of the Pazyryk culture. These people lived much later than Afanasievo in the area, within the first millennium BC. They used bronze and iron, and lived at the eastern end of a cultural complex that extended across the Russian plain to the area north of the Black Sea. The Greeks contacted the westernmost of these people, the Scythians, and the high mobility and extensive trade through Central Asia certainly indicates a cultural continuity if not identity from east to west across this range.

The Pazyryk kurgans were huge mounds, made up of volleyball-sized stones. We clambered across a couple of these near a main road in the middle Altai.

Kurgans were mounded atop a timber-roofed grave chamber, which included one or more bodies and elaborate grave goods. One kurgan produced a wheeled chariot with horses, giving some impression as to their scale. The kurgans we examined had been excavated by archaeologists during the 1920’s, and both now have a large hole in the middle where the grave had been. One had a large larch tree growing up out of the center:

Rainwater seeped into the Pazyryk kurgans, deep into the tombs themselves, and there the water froze into ice. Many of the mounds were large enough to keep ice frozen year-round. Although most were plundered by ancient graverobbers, archaeologists found a few spectacular instances where textiles and other perishable materials were preserved.

You won't be surprised to know that, for me, the most interesting discoveries from the Pazyryk kurgans were the physical remains of the people themselves. The extensive effort toward building the mounds, and valuables included in the burials, signify that the kurgan bodies were some of the highest-status individuals in Pazyryk society. High-status people were not exclusively high-ranking males or warriors, they sometimes were females.

Since 1993, the most famous of the kurgan discoveries has been the mummified woman known as the "Ice Maiden". This mummy was found by Natalia Polosnak, as she excavated a kurgan on the Ukok Plateau in the border area between Russia and China. Dating to the fifth century BC, the mummy was the subject of a massive effort to defrost and transport her body by helicopter for study, which was the subject of a documentary.

Her skin provides the earliest known evidence of tattooing anywhere in the world. Probably tattoos are much more ancient than this—personally, I'm betting that both Neandertals and Middle Stone Age Africans were using mineral pigments and charcoal in tattoos. But the few instances in which we have earlier skin preserved, such as the ancient Egyptians, simply were not tattooing cultures.

In the case of the Ice Maiden, her tattoo is a beautiful example of the elaborately antlered red deer, so typical of Pazyryk decorative objects. For example, here is a bronze red deer bangle:

That red deer motif is really common in this area of the world, found as portable objects, as sometimes elaborately-carved inscriptions on stelae, and on fabrics. This iconography is much older than the Pazyryk culture, found well into the second millennium BC in Mongolia. There, carved stelae called "deer stones" appear at a particular type of burial site. These stones seem to represent stylized warrior figures, equipped sometimes with belts and weapons, for which the deer (and sometimes other animal) inscriptions may represent tattoos. Deer stones do occur in the Altai, but I didn't run across any of them during my time there. I did see many simpler stelae, sometimes by themselves and sometimes in groups. These burial markers can be found across thousands of years of different cultures. Most of the ones are probably attributable to more recent peoples in the area within the last 2000 years.

A second Pazyryk mummy lay next to the Ice Maiden in the museum. This mummy, a man, also bears a tattoo: a canine of some sort, if I remember correctly. The mummy has long, ashen-blond hair. The hair of mummies is sometimes misleading, beacuse the pigments can be affected by their burial. But the Tarim Basin mummies from China, dating to more than a thousand years before this man, also had light, sometimes reddish hair. It will be fascinating to learn more about the genetics of these ancient people, to see the ways they are connected to later populations in the region and elsewhere.

Some truly recent grave sites in the area can also carry great anthropological interest. For example, the Pazyryk kurgans we saw weren't alone. Next to them, the nearby town had put a modern cemetery.

A close look at the markers in this cemetery shows that they often bear photographs of the deceased.

Surprisingly, many of them include inscriptions in Korean. Southern Siberia was a resettlement area for many Korean nationalists, who left Korea during the Japanese occupation. It is fascinating that this area was central to ancient trade and communication routes, but today seems so removed from the main arteries of international transit. I've never been anywhere with so few jets passing far overhead, and no major highways or rail routes pass through the area. Yet, when we look at the composition of the population, there are people who immigrated from far-flung areas to this corner of the world. The Altai draws people into it today, just as it has done for thousands of years.

Secrets of the genome from Ust'-Ishim

A discovery from Siberia represents one of the earliest branches of modern humans to disperse into Eurasia. 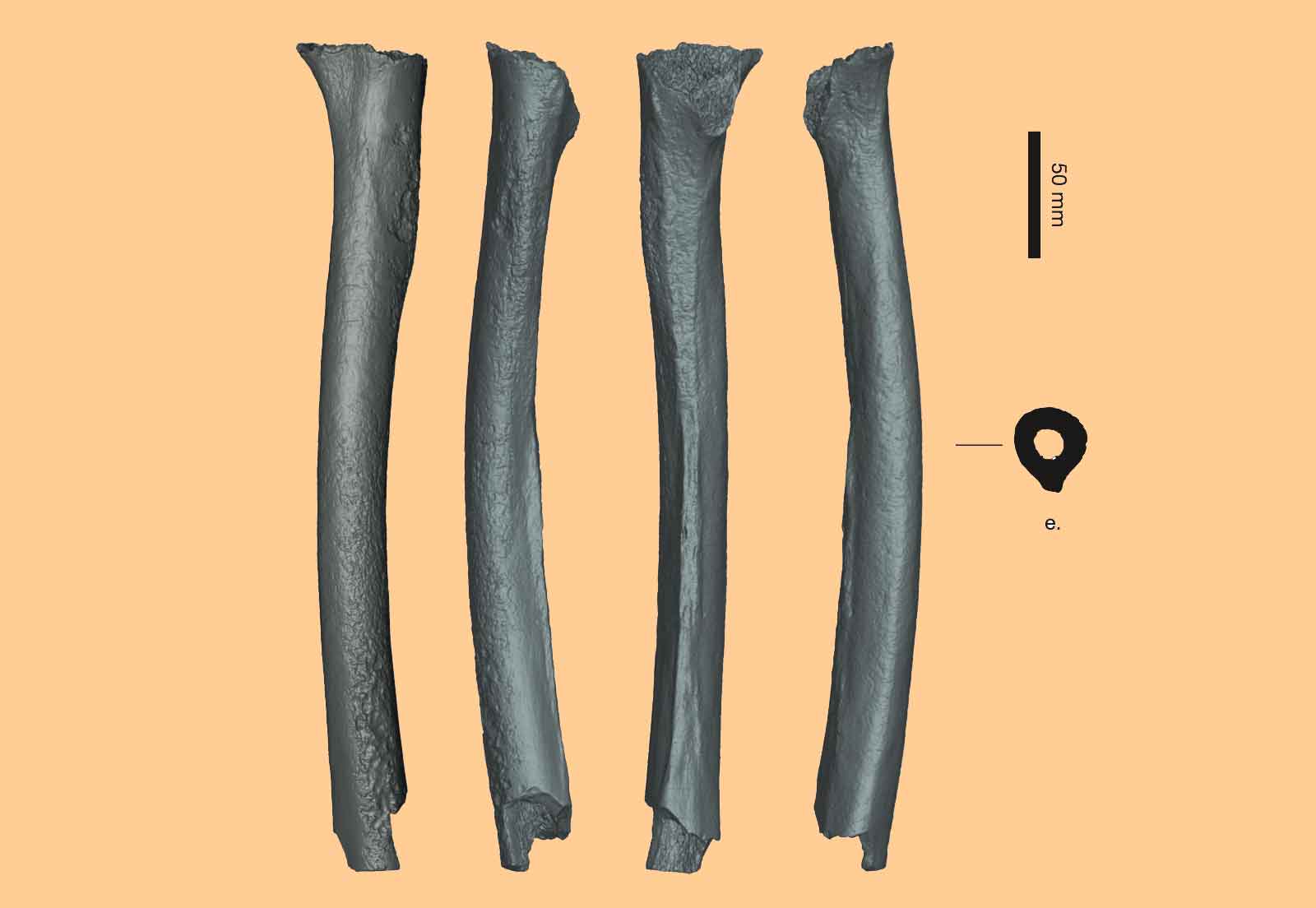