Peter Richerson and Robert Boyd are well-known for their studies of processes of culture change. They apply principles from biological evolution to form hypotheses about changes of cultural traits over time.

In the December 18 issue of Nature, Richerson and Boyd have an essay titled, “Migration: an engine for social change.” In the essay, they advance the hypothesis that migration is a “selective” mechanism of social change:

As cultural evolutionists interested in how societies change over the long term, we have thought a lot about migration, but only recently tumbled to an obvious idea: migration has a profound effect on how societies evolve culturally because it is selective. People move to societies that provide a more attractive way of life and, all other things being equal, this process spreads ideas and institutions that promote economic efficiency, social order and equality.

This idea draws from an analogy with the evolutionary mechanism of gene flow. Migration of individuals may cause an adaptive gene from one population to enter another population where it had previously been absent. A population that is a net recipient of gene flow from other regions may thereby receive a large store of alleles for selection later to work upon.

In the context of Premo and Hublin’s hypothesis that culture tended to impede migration in the Pleistocene, Richerson and Boyd’s model of migration accelerating culture change is an interesting contrast.

Migration rates between historic hunter-gatherer groups were quite high. Minimal bands are exogamous units – nearly all marriages occur between these small groups. The larger groups made up of several bands – sometimes called tribes – are endogamous, but rates of migration between them are nevertheless high. For example, Joe Birdsell estimated intermarriage rates between tribes of Australian hunter-gatherers at 14 percent (that is, 14 percent of marriages involved members of different tribes).

Richerson and Boyd mention migration in small-scale societies (they use the example of Papua New Guinea). But more broadly, they want to apply their idea to the recent large movements of people from poor nations into rich ones:

We believe that immigration generates far more cultural evolution today than does conquest. Flows of migrants are often substantial. Foreign-born people, mainly from Latin America and Asia, compose about 11% of the current US population, a figure close to historical averages. The richer countries of Europe, such as Sweden, Norway and Germany, once the source of streams of immigrants to the United States and elsewhere, are now receiving people from Asia, Africa and poorer European countries such as Poland and the Balkan states.

Eleven percent migrants would be a high value for historic tribes of hunter-gatherers – where children are perhaps half the population. Considering adults only, it might not be so unreasonable for small-scale societies. If these people transplant successful cultural elements – effective technologies or ecological knowledge, for example – then such migration will be an important way of equalizing the cultural adaptation of different societies. In other words, gene flow as applied to ideas.

But I can think of at least two weaknesses with the biological analogy.

The biological analogy loses force if these weaknesses apply. I tend to think that if we are looking for causes of “cultural evolution,” we should attend carefully to cases where biological evolution may lead to similar conflicts where one force (migration) generates opposing effects (adaptive and maladaptive). Sometimes gene flow has a bad outcome – at least to the extent that “bad” means “lower mean fitness.”

In his 2003 book, Historical Dynamics, Peter Turchin develops a model of culture change that emphasizes group solidarity. Following Ibn Khaldun, Turchin refers to the cohesive character of a group of people as asabiya. In his theory, relatively small societies forming in frontier regions are subject to intense selection. Societies that develop common feeling and solidarity tend to persist; those that remain dissolute tend to be absorbed by larger entities. Over time, a few or a single society may come to dominate a large region – forming an empire. But these large societies slowly lose their common feeling over time, resulting in their eventual loss of political cohesion and overthrow at the hands of upstart peoples with higher asabiya.

I mention this theory not to explain it in depth, but to point out that it has roughly opposite predictions from the hypothesis Richerson and Boyd propose. In Turchin’s model, widespread immigration may follow as a consequence of empire’s spread and success, but this immigration is one of several forces that weakens or destabilizes the society. Richerson and Boyd’s scenario, in which immigration strengthens a society, would seem relevant in Turchin’s model only at times when the society is initially forming.

I think that integration is a difficult problem that demands its own solutions – new ideas and institutions to facilitate the interactions of people who don’t have the same background or necessarily the same language. Some societies have made this work, others have not, and they have done so using different ideas and institutions. In particular, “economic efficiency” and “justice” have different relations to immigration in the U.S. compared to Saudi Arabia. Or in the U.S. today compared to the U.S. in 1910. And some nations have made effective use of ideas from other cultures without massive immigration. Japan between 1860 and 1930 and Britain between 1700 and 1850 would seem to fall into this category.

We may say that the Chinese unwillingness to adopt Western ideas, trade, and immigration through the early twentieth century had a bad outcome. But are we measuring the outcome in terms of geopolitical position, in terms of the ability of entrenched elites to maintain power and order, in terms of territory? Or in terms of numbers – something more akin to “mean fitness?”

Ultimately, we evaluate the strength of a hypothesis by its ability to predict or explain empirical evidence. Naturally in an essay of this kind Richerson and Boyd did not have the opportunity to draw in examples in a way that clearly support their hypothesis. But those examples they are able to include seem pretty weak:

Likewise, the growth of ancient empires seems to have owed much to the assimilation of border peoples. Conquering elites, such as the Mongols in China, the Mughals in India and the Goths in Rome, largely adapted to their highly successful host culture rather than the other way around. In every case, these durable systems had institutions the Confucian merit-based bureaucracy, the Hindu system of self-governing castes, Roman law that endure today in one form or another.

These examples support the idea that societies that attract immigrants tend to have ideas and institutions that cause them to be richer, less violent and less exploitative than the societies that supply them. The Goths were fleeing chaos on the steppe. Christianity, with its concern for the poor and humble, grew mainly by voluntary conversion to eventually become the official religion in the Roman Empire. Confucian humanism, with its concern for good government, replaced the predatory and quarrelsome landed elite as the backbone of Chinese society. Hindu tolerance and productive organization of cultural diversity led to one of the world's wealthiest societies in medieval times. Medieval Islam attracted converts spanning from North Africa to southeast Asia because it supported effective statecraft, intellectual advancement and trade on a vast scale.

This is a fairly Pollyanna-ish view of the growth of Christianity, Islam, and Confucianism. It seems close to claiming that the Goths were a net benefit to Roman cultural institutions.

Alexander the Great and Genghis Khan were successful conquerors, but they made a less durable impact on the world than, say, Mohammed, Buddha, Christ and the institution builders they inspired such as Constantine and the Umayyad caliphs.

Maybe there is a case here somewhere, but I’m not sure Constantine is really the example they wanted.

A good cultural conservative would point out that there is no surprise when an effective cultural institution survives for a long time. Effectiveness causes persistence. Random changes that affect the function of a long-lasting institution are likely to be bad. An institution that can tolerate changes in other cultural parameters (one that is modular) will tend to persist in the face of other changes – like the substitution of an imperial elite for that of a conquering horde. Conquering hordes from the hinterland didn’t come fully equipped with cultural mechanisms to govern cities, tax commerce, and ensure agricultural productivity. Of course they would have adopted the trappings of the empires they conquered.

Like biological adaptations, we should be skeptical that changes would make long-lasting cultural institutions more effective. We can also consider that their continued effectiveness depends on many other shared aspects of culture. 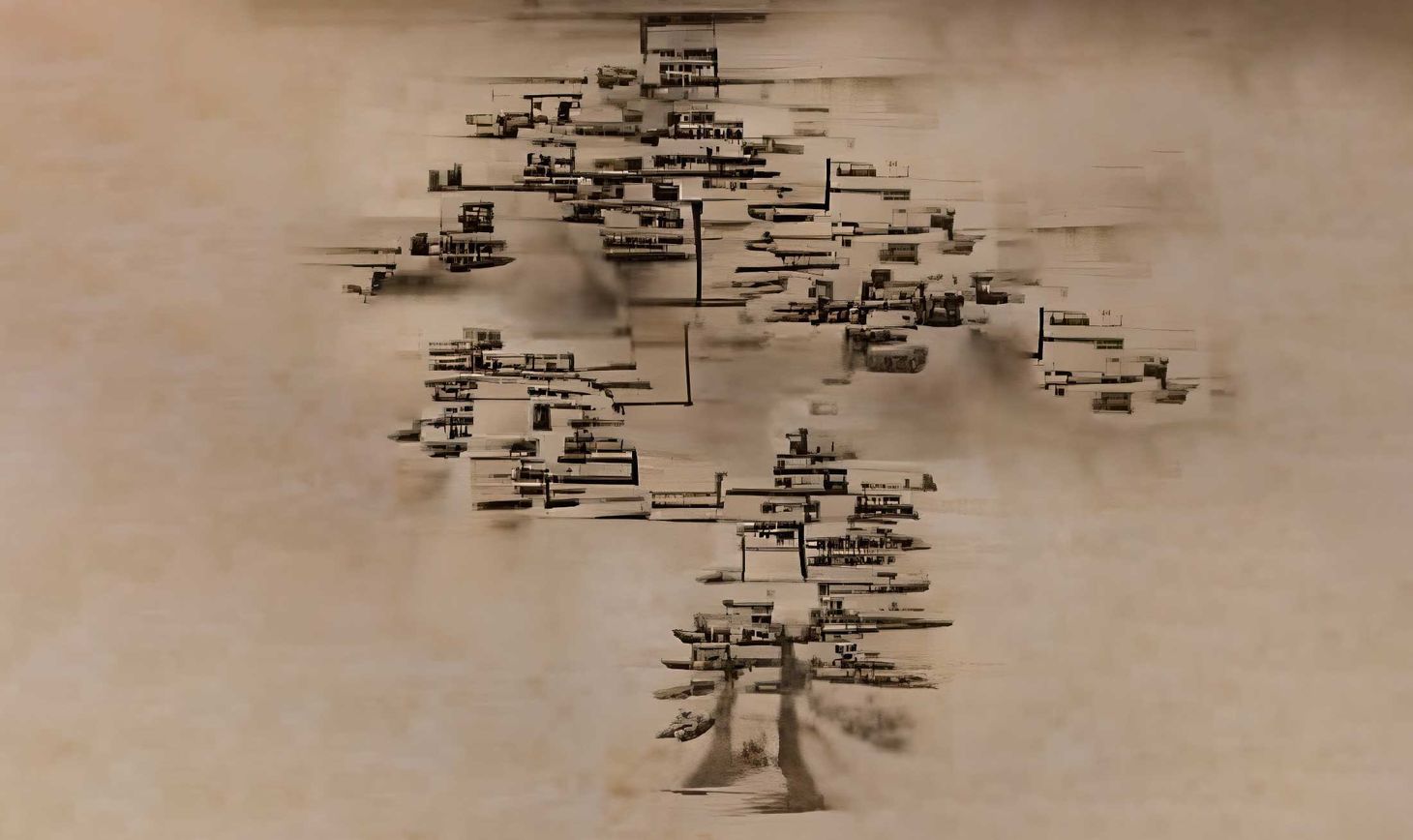 Reviewing new work that reveals migrants from several historic periods in the skeletons surrounding this lake in India.

An article in Nature focuses on the tension between archaeologists and ancient DNA specialists. 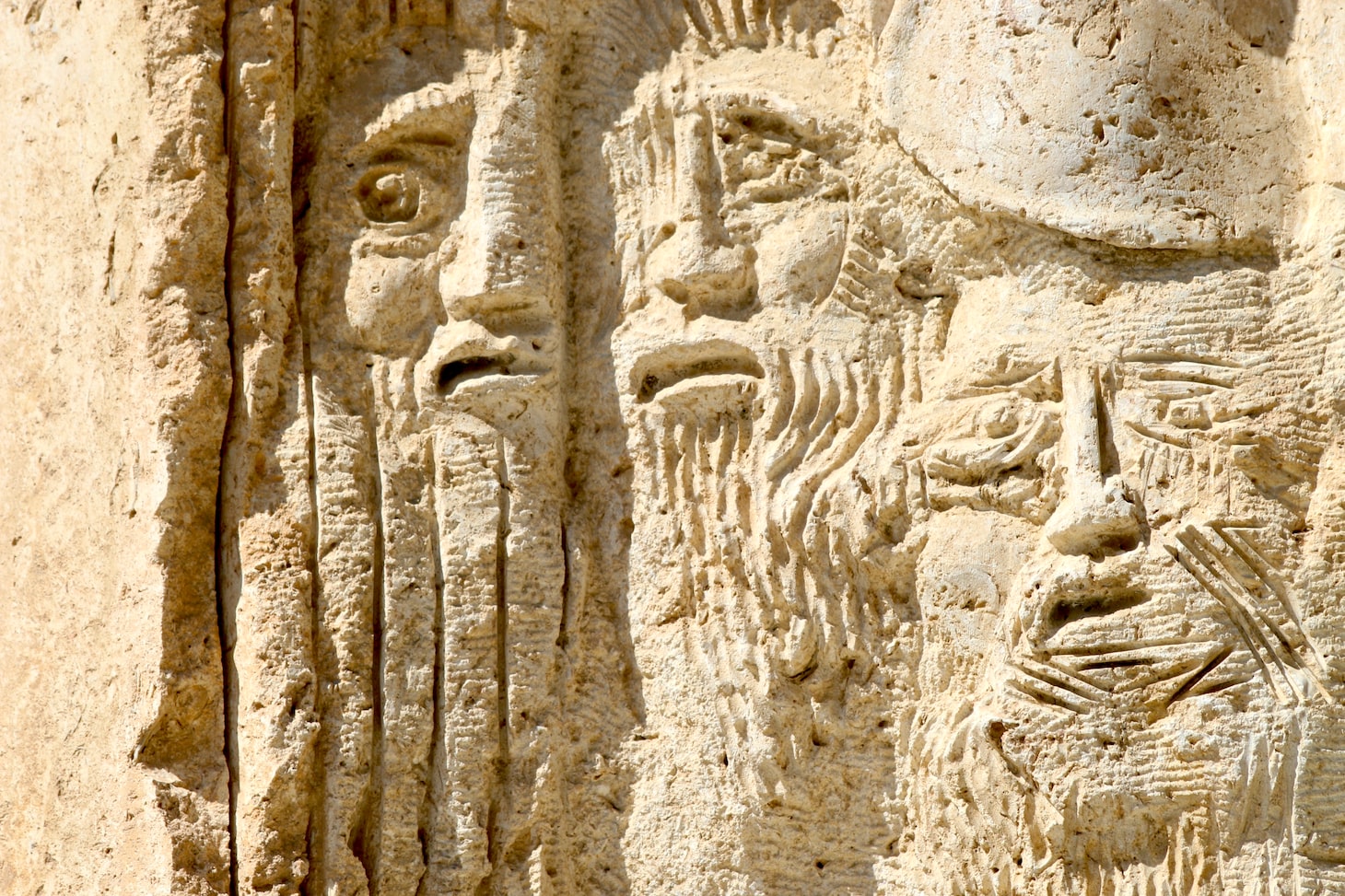