What questions in the science of human evolution have not received enough attention? Which ones should we be investigating in 2017?

Many people engaged with the question, both experts and non-experts. They had some amazing suggestions! Many of them surprised me. I got more than 40 specific questions, and as I read through them, I noticed a common theme. So many of the questions, at the root, are about trust.

What is an adequate comparative sample, especially in genetics?

Most anthropologists focus on the environment and adaptation. We need more emphasis on the roles of chance and accident in the evolution of modern humans.

Human evolution is an area of science that relies upon collaborations and cooperation between different fields of specialization. In my career, I’ve often worked on problems where specialists in one area simply do not accept the relevance of results from another area.

Genetics is increasingly important to understanding ancient populations. But new discoveries coming from genetics are often based on tiny samples, often a single individual’s partial genome. Those tiny samples seem much smaller than we would trust for other scientific questions, and to many anthropologists it is not obvious why certain results from genetics seem to be accepted uncritically.

A single ancient genome can give answer some questions with great confidence, but not others. We must do more to help scientists outside of mathematical population genetics to distinguish those questions. Without such clarity, interdisciplinary work proceeds on a basis of mistrust. Clarity about the limits of methods also helps interested members of the public to understand the prospects for further discovery.

What can and should be done to redress the intellectual disconnect between paleoanthropology and the rest of paleontology?

We tolerate — even promote — a level of grandstanding that should be unacceptable in experimental science. What I’ve found is that we can discard bad ideas faster by promoting a solid understanding of the limits of methods used in related fields of specialization.

We have to do the hard work of exploring the boundaries of our methods, which contributes a solid foundation for work in related fields. Scientists are rarely rewarded for pursuing lines of inquiry that probe practical boundaries of sampling, analogous to the problem of the “replication crisis” in other fields. Building this foundation should be essential to the confidence in scientific results, but it doesn’t yield grant dollars.

I would like to see some biology in the evolution of H sapiens’ social dominance and organisation. Too much of it is simply guesswork based on modern foraging societies. We import our cultural biases into our studies far too much.

Why are there not more Indigenous voices in the mix?

What role has sexism played in our understanding of human evolution, and in the behavioral and cultural evolution of humans themselves?

The questions about indigenous voices, and sexism, touched me deeply. These are issues that strike at the basic trust in how the field places value on which questions are worth pursuing. Both my Facebook and my Twitter posts attracted longer exchanges that touch on race as a subject of inquiry, and racism as it affects working scientists in human evolution.

Human evolution is about all humans, and when groups are underrepresented in our perspective on human cultural and biological diversity, our science will be biased. The field has done a miserable job showing the relevance of human evolutionary science to a diverse global public. Many people around the world do not trust that we are finding truths about human origins. Building a greater representation for neglected voices within the science is one way of building trust. Heeding those voices and allowing them to give direction to the science is even better.

Why should taxpayers continue to fund our research?

The fact is, not only indigenous voices have been excluded from our science. Our field ignores the voices of the broader public. In the United States, human evolutionary scientists have been treating the voices of more than half the country with derision. If more than half the taxpayers no longer want to fund our science, it is because of our history. People don’t trust us.

How can we increase public understanding of evolution without compromising scientific standards by selling flashy soundbites?

How can paleoanthro/bioanthro play a larger role in public discourse & demonstrating why what we do matters?

I am an optimist. What encourages me so much about these questions is that I am not alone. So many of us are working to build a broad public base for the science of human origins, both in the United States and around the world. The field is getting more positive attention now than it has at any time during my career, and that keeps on building with new discoveries.

But when it comes to the major grants, jobs, and recognition that leads to career advancement in science, the essential work of building support in the public is too often unrewarded. People who are effective at public engagement, especially on the local and regional level where it matters most, get too little credit. We need to change that.

We also need to work together more effectively with people outside of our science to set the agenda for the field. It’s no longer viable for ivory tower academics to decide which questions are worth attention. Look at these posts: I just asked the public and colleagues to tell me what questions need attention, and out of forty responses only a couple are in areas that today might make successful grant proposals. That’s a clue. Funding values today are not matching our scientific values or the public values.

I’ll add that very little grant funding today is going to basic exploration, which is the area most likely to generate new basic data in human evolution.

What can we do in 2017 to encourage more open access, data sharing with fellow scientists and involve more grad students?

How to best articulate the concept of other, closely related human species, who we might share DNA with, to the public?

2017 has to be a year of building those connections. We can broaden our base of support, and we can engage people in new ways. As we do so, we will strengthen our ability to work across disciplinary lines, and advance the state of the art in replicable, shared datasets. 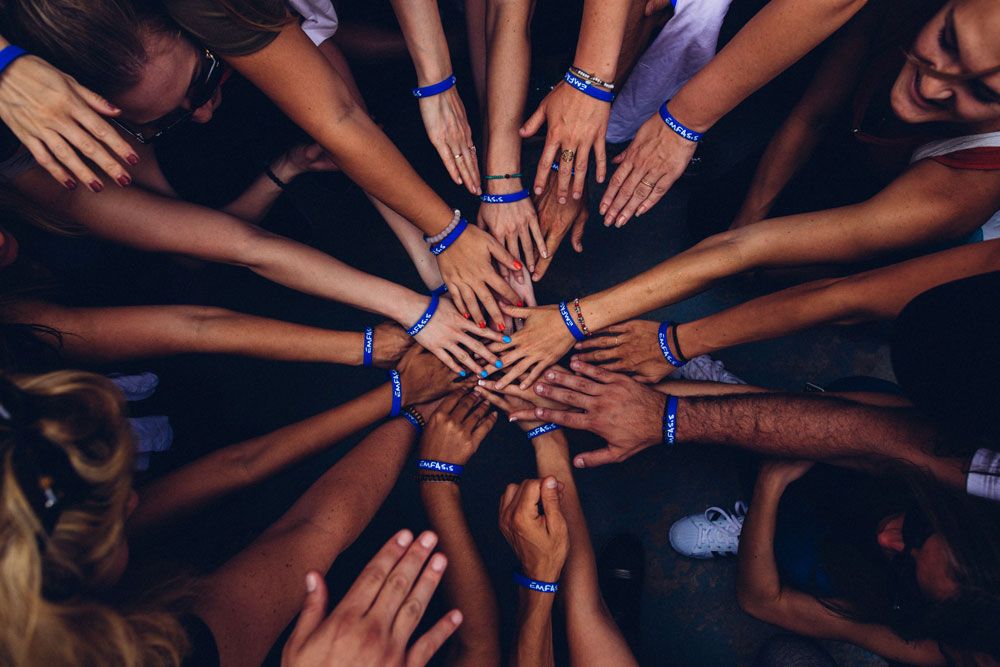 How will ancient proteins change paleoanthropology?

Paleoproteomic methods may provide exciting avenues toward understanding pieces of fossils and their relationships. 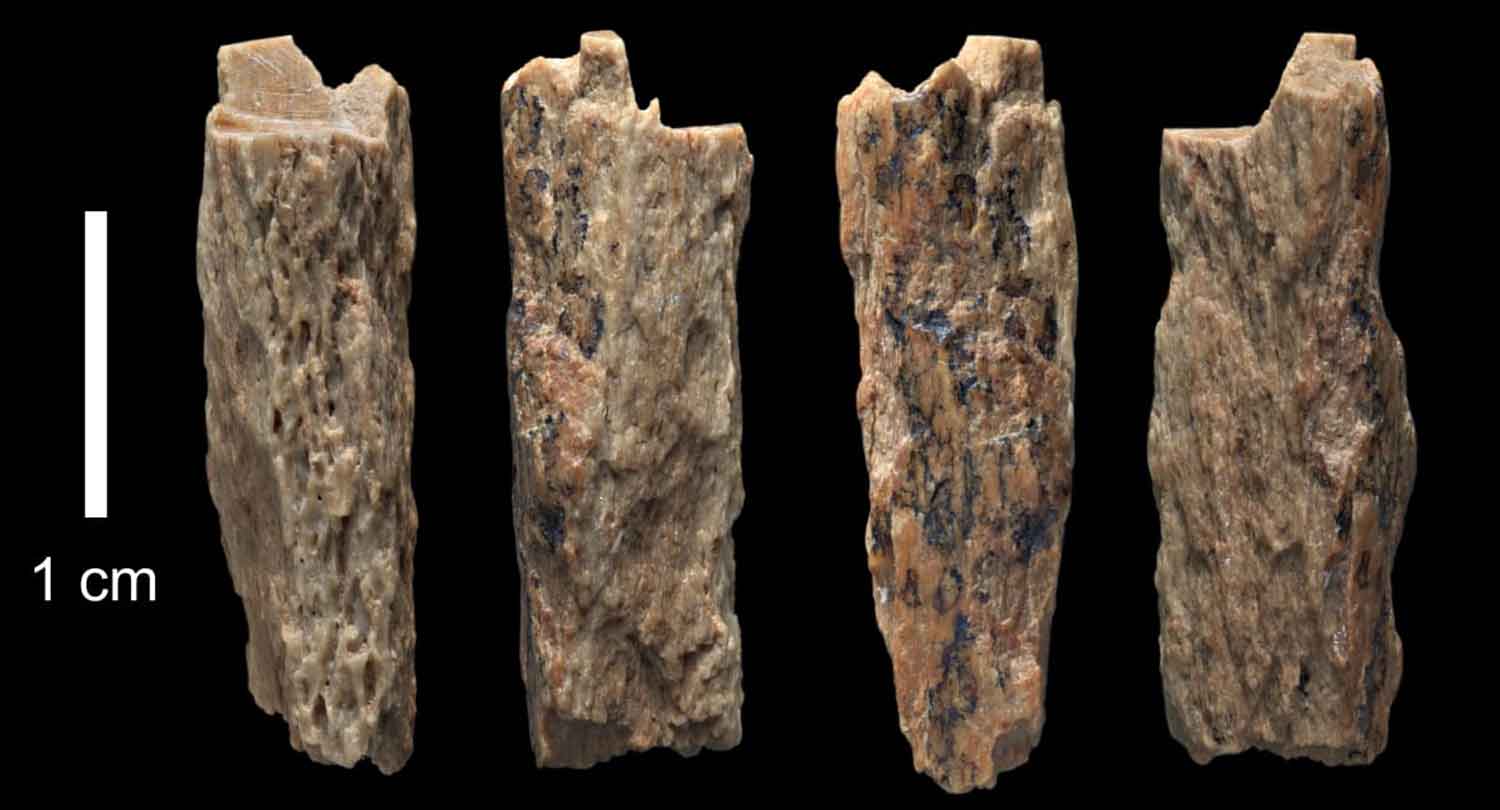