I’ve just returned from a week in Leiden, the old university city of the Netherlands. I was a guest of the archaeology faculty, in particular Wil Roebroeks and his stable of students and postdocs, and they were fantastic hosts. I can’t say enough about the new friends I have in Leiden.

Except maybe that they set an awfully high bar for the next place I get to visit! 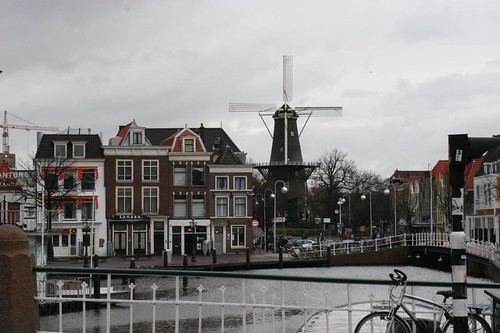 There was excitement in the whole country as the Naturalis museum opened the first exhibition outside Georgia of the D2700 skull from Dmanisi. The TV news covered David Lordkipanidze arriving with the skull, and followed his entourage from the airport. The daily newspapers carried huge broadsheet stories about the fossils and the exhibition. It was pretty cool.

I only wish Lucy had gotten anything like that kind of reception in the States.

I played a small part opening the exhibit by participating in the public lectures at Naturalis on Saturday. There was a very energetic crowd of ticketholders, eager to hear about the science of early humans and to attend the exhibit.

The skull and its mandible D3735 are displayed in the “Treasure Room” of the museum: 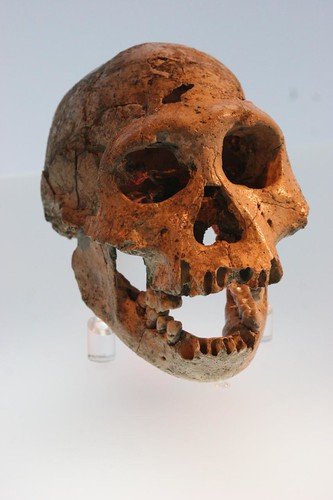 The museum houses the original Dubois fossil collections from Trinil, Java, including the Pithecanthropus skull and femur. If you visit, you can see the originals on display: 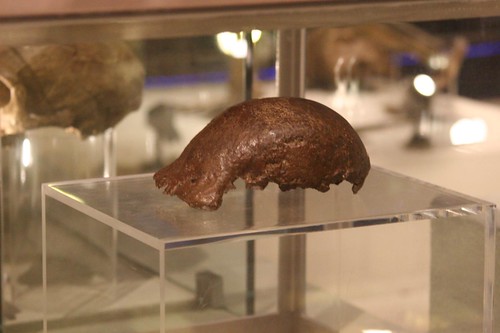 I sat down alone with them for a while during the gala reception and did what comes naturally: 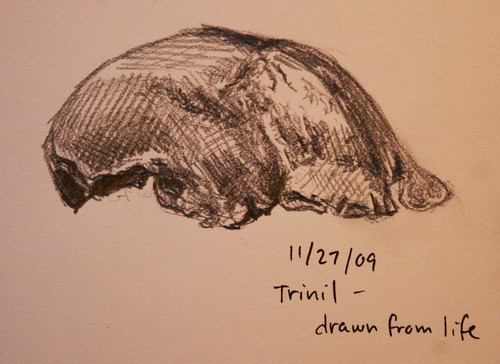 Unfortunately, spending a week in the Netherlands meant that I had to miss our Thanksgiving at home. Gretchen thinks we should have turkey in the next week or two to make up for it, and I’m not complaining. On the date, however, I got a real authentic Pilgrim experience, as I stayed just above the American Pilgrim Museum in Leiden: 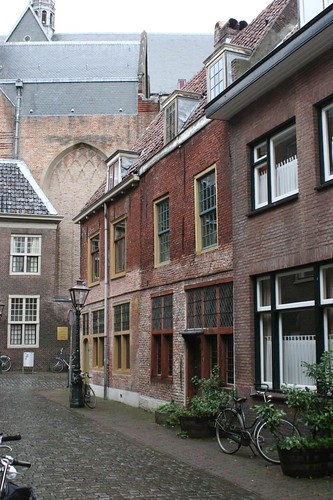 Such a unique place, with incredibly nice proprietors!

So, blogging has been slow as I was soaking in the surroundings, and giving my hosts a preview of some of the research that will be coming out in the next year or two. They’ve told me that they’ll feel paid amply if I keep doing what I do here. So let’s get back to it!