I’ve arrived in Gibraltar and am settling down after a fairly long travel. Here’s the view to the west toward the Strait. 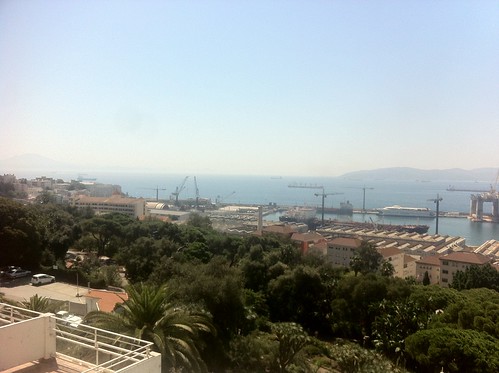 I’m here for the Calpé conference on “The Human Niche”, and hopefully I’ll be able to do a bit of reporting on the proceedings. Meanwhile there are some interesting news items this week including a commentary of mine being released in PNAS, which dovetails incredibly well with a new commentary by Aylwyn Scally and Richard Durbin in Nature Genetics.

A lower per-generation mutation rate estimate alters much about how we must explain the unfolding of human genetic variation during the last million years. This shift will have some very interesting archaeological and paleontological implications.