On July 3, around 20 scientists left Novosibirsk by van to drive out to the permanent field camp at Denisova Cave in the low Altai mountains. The place is 520 km from Novosibirsk, which turned into a total travel time of around 9 hours. I’m posting compilations of my tweets along with some description and photos.

This is a running joke for me: Everywhere looks like Kansas. Here’s a shot of the south Siberian plain, looking out from atop the first foothills. 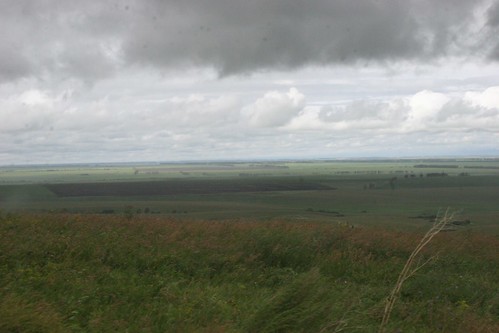 What do you think?

Kansas actually has a historical link to Siberia: during and even before the Dust Bowl, people were introducing many Siberian-derived trees and plants into Kansas to try to stabilize the soil and form windbreaks. So the texture of the area around Novosibirsk is actually a lot like my hometown in Western Kansas – even down to the fading brick buildings.

Of course, Kansas does lack Soviet-era engineering projects, and the fields are a whole lot smaller.

Rest stop. Every road sign in Cyrillic is a puzzle for me to find cognates.

...Like the very strange looking word with the exotic letters that just turned out to be plain "cement"...

OK, “cement” isn’t all that strange, I guess, but it does start with an exotic-looking letter. Many words are much more fun to work out. As I pointed out later, the fact that “Hawks” becomes “XOKC” caused me endless delight.

If you see a white Mercedes van rolling toward Biysk blaring Europop..well there must be fifty of those..but one has me in the back. 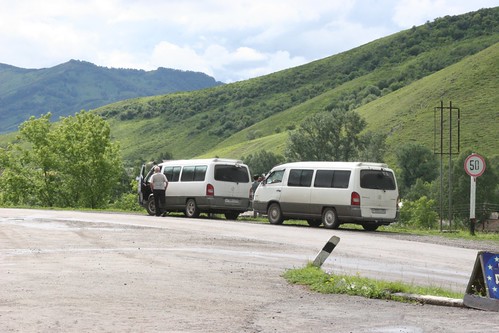 The restaurant in Biysk was fun: Cafe “Siberian Hunt”! 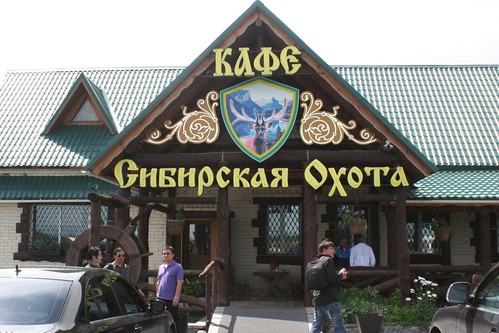 Debating whether to count it as a chicken fried steak or not. At lunch with good borscht I'm starting to really like this country.

Those who know me well will appreciate this. Or, for that matter, those who don’t know me so well but happen to live in cities with seriously good chicken fried steak options (hello, Austinites!). Now, if I can just get my friends in San Antonio to invite me down there (hint).

I really shouldn’t count this Russian one at all, since it was ground meat. Probably more like a salisbury steak without the gravy. But hey, it was my birthday after all!

Once we got into the Altai foothills I began to realize that the wireless just wasn’t going away!

What an incredible thing. In fact, I had wireless access for the entire trip using my Kindle 3G and phone coverage when I needed it. The Kindle is not a very good device for e-mail (and the Wisconsin webmail client didn’t work at all). But it is perfectly suited for Twitter. 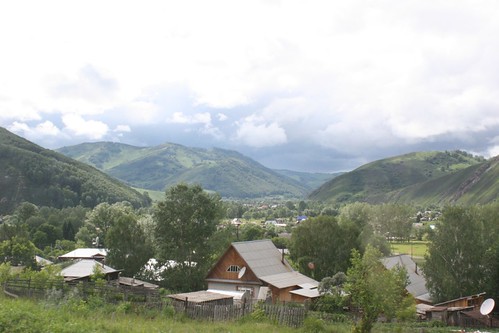 The low Altai are really not very high, but they are rugged. The traditional log or wood Russian homes (pictured here) begin to give way to an Altai style, with decorated sills and a round yurt-like “summer house” in each yard. 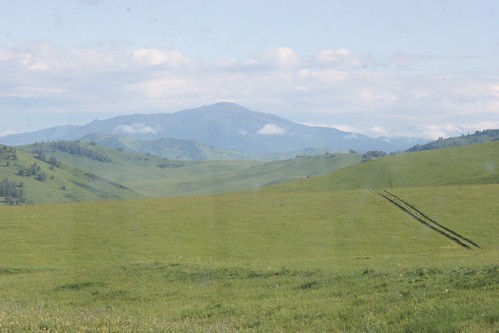 Just loved the green rolling hills. Much horse country in these parts. 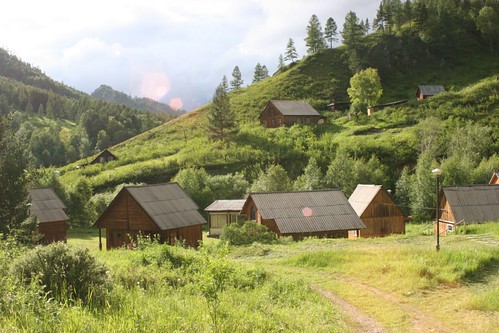 This is the most luxe archaeological camp I've ever seen. Part is used for conferences by other institutes in Novosibirsk.

I can’t really say enough about the facilities at Denisova. The Institute of Archaeology and Ethnography has put a lot into the area, and the cabins are quite modern with hot water and electricity. 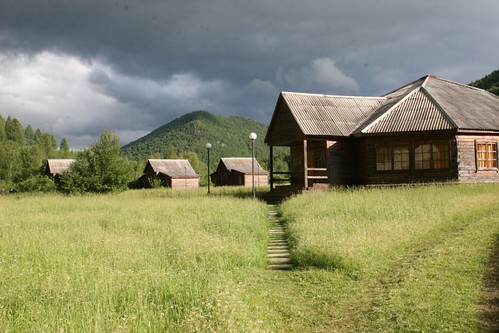 Nice steady rain, lovely conversation, only one shot of vodka. Tomorrow we get some first-hand stratigraphy. 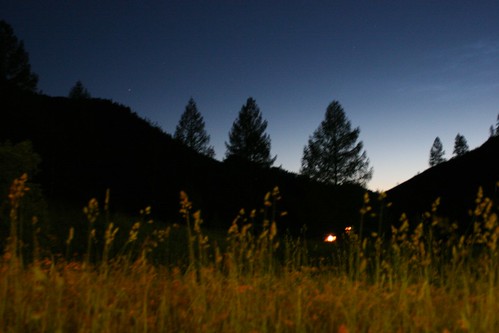